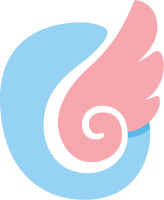 Sonia Blade is an award-winning Afro Latina cosplayer based out of Austin, Texas (yeehaw). She loves cosplaying Disney, anime, webtoon comics and video game cosplays, and has won several local costume competitions. Sonia has always loved nerd culture, including watching anime and playing video games, due to the influence of her older sister.

She started cosplaying in 2016, but has been attending conventions since 2008. She wanted to start making her own cosplays and from her first hand-made cosplay, the hobby took off. She is completely self-taught, with no sewing classes except YouTube and e-books.

She continues to push herself and constantly learn new skills with every new cosplay. Whether it be armor making, resin casting, couture sewing techniques, prop making, or wig styling, she enjoys adding an element to her cosplays that she hasn’t quite tackled yet.

She has made over 40 cosplays in her time and has had the pleasure of being a cosplay judge in the past. She wants to inspire others to join the community and give a voice to the People of Color (POC) Cosplay Community.

Anyone can join the community and find a place for themselves. The cosplay community is full of wonderful individuals at all skill levels. She is excited to share her knowledge and help raise the next generation of cosplayers.